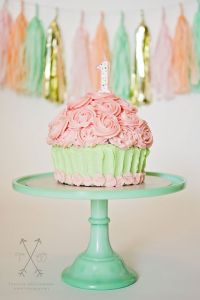 Planning Lily Rose’s First Birthday Party was another labour of love (I loved most of the party planning, but it was still a lot of work!). I distinctly remember my aunt Michelle saying she couldn’t wait to see what our precious girl’s big day would look like. I said I wasn’t going to go over the top, it would just be small. I knew I’d be back at work by then, and that was going to be enough stress for this first-time momma. But fast forward a few months and that quaint little gathering had grown into a bigger birthday event.

I had ordered our baby girl a custom-made birthday outfit to wear on her special day, spent hours trying and re-trying to get a giant cupcake baked and iced just right, and run around Regina looking for the right cake topper to compliment the mint and pink party colours (not sure I ever found the exact one I envisioned, but at some point, I had to let go and just be satisfied with the three options I’d already purchased;) The planning began months before the actual date, and in the weeks leading up, it became almost all-consuming:  everyday I thought of something new to include on my to-do list:  a new DIY project I should have started, like yesterday; new Pins and outlandish inspirations that kept me awake at night, longing to recreate; new jobs around the house for Jon to finish before family and friends visited our home, many of whom would be seeing it for the first time. 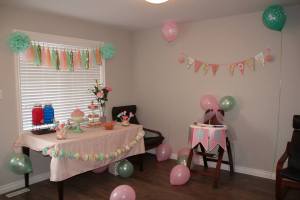 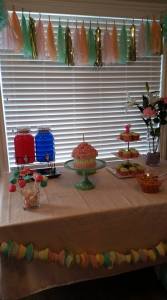 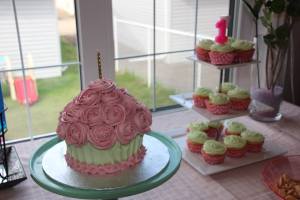 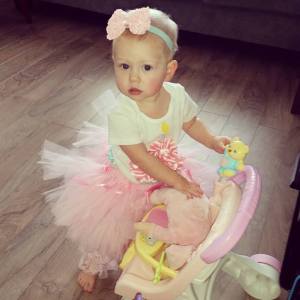 I started with a cupcake theme, since well, I love baking them, but also because we used cupcakes to announce our pregnancy, again when we found out we were having a girl, and then with stickers on Lily’s onesies for her monthly pics. So I baked cupcakes along with a giant cupcake (thanks mommy friend Amanda for lending me the giant pan!). I took a cue off my aunt Michelle and cousin Dakota who made beautiful rosettes on my baby shower cupcakes, in honour of Lily Rose, and tried my best to re-create them on the big cake as well the cupcakes. Thank you to my cousin Tarren for helping me get the rosettes just right, and for making, and of course taste-testing, the marshmallow pops (they were a big hit with the kiddies). For the big cake, I watched an awesome tutorial over and over before first attempting it for LR’s cake smash photo session a few weeks before her actual party. And good thing I did, cause it took me a few tries to get it right (I didn’t use cake flour the first time, as instructed, oops)! I had to convert some of the measurements as it’s a UK woman doing this giant cupcake how-to but that’s when my Englishman comes in handy ha ha;). For the goodie bags, I found cute coloured ones from Party City, cupcake stickers from London Drugs to decorate them with, and filled them with a few age-appropriate treats and a bath toy:) 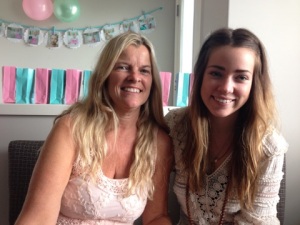 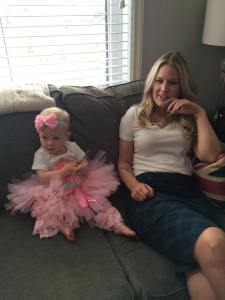 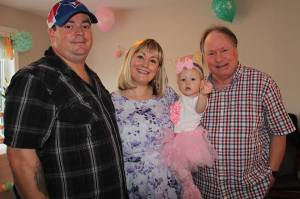 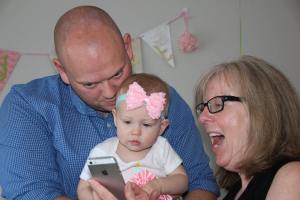 Some things were borrowed, some things were gifted, used to decorate her room, then recycled for her birthday. I used the gorgeous tissue tassel garland from my amazing girlfriends gifted at my shower, and the colourfull pom poms used to decorate Lily’s room. To tie in with the theme, I created a cupcake liner garland to decorate the table. I knew I wanted to hang Lily’s monthly pictures on display, so I looked for inspiration on Pinterest and ended up creating one with scrap booking paper from Walmart, polka dot ribbon from Party City, and clothes pins from the Dollar Store. And for her cake smash pics, I used the ribbon and pins, just in different colours, and doilies like I’d seen her on Pinterest. For her highchair decoration, I took inspiration but didn’t follow a tutorial, instead just cutting bunting and letters out of Walmart scrap booking paper, and stringing them on cheap ribbon, along with cheap tulle (I couldn’t bring myself to buy the good stuff I spied at Party City in the wedding section). 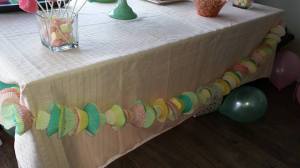 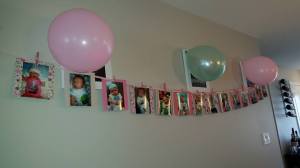 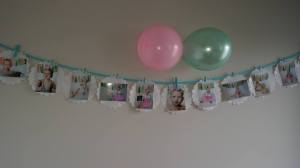 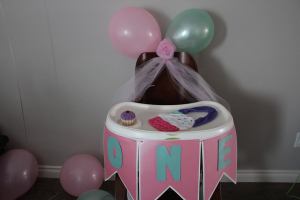 It was a day to celebrate our precious babe; a girl who lights up so many lives! But since the guest of honour won’t actually remember it, the day was also about Jon and I, who were ready to celebrate the fact that we had also made it through the first year of parenthood;) We wanted a party with all those who had supported us on this journey, so we made sure to have yummy food, delicious treats and of course, some adult beverages, on top of the kid-friendly fare! 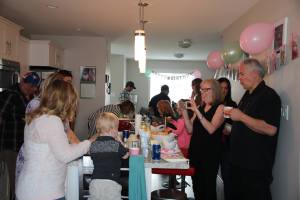 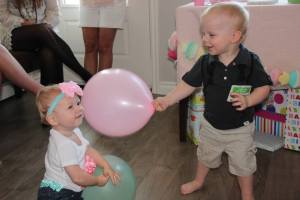 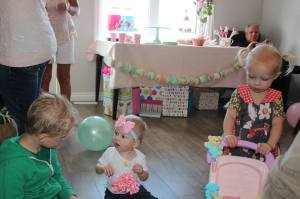 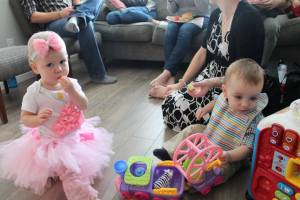 Friends and family visited, the kids played with Lily Rose’s toys and a fun candy machine Jon broke out just for the occasion. Us adults ate and laughed and had a few drinks. We sang to the birthday girl, then watched her tentatively eat her special cupcake. 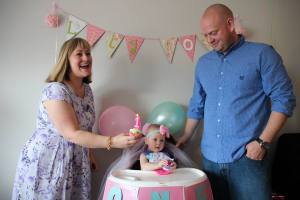 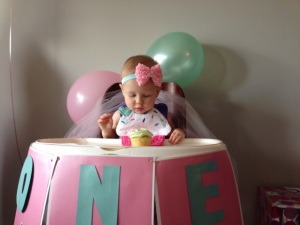 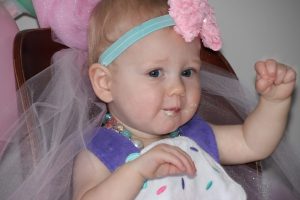 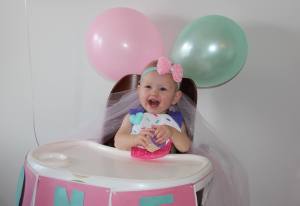 Then we opened a crazy amount of gifts. Seriously, this girl got spoiled! Thank you to everyone who gifted her with such fun and thoughtful toys, books, clothes and keepsakes!!! 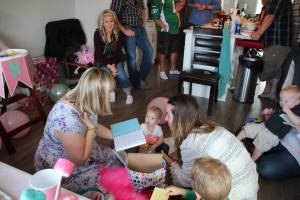 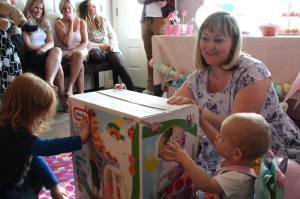 Like decorating her room, I had a lot of expectations and a certain vision; I worried not everything would go exactly as planned or look as beautiful as I imagined it in my head. But just like with her gorgeous baby room, things ended up even better than I could have imagined, because it was OUR day, shared with amazing family and friends who made it a memorable event:) And because our birthday babe, as content as could be and loving all the attention, was the best gift on her big day!!! 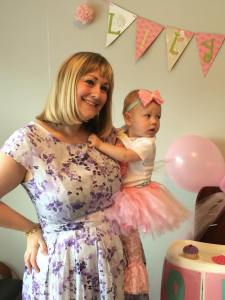 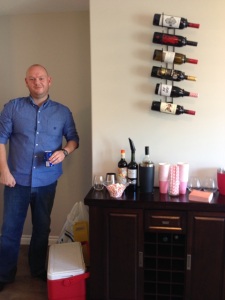 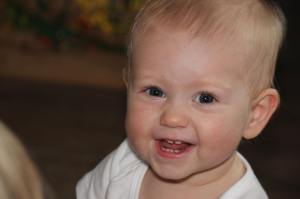